Nearly 50 passengers travelling into Sydney from Melbourne on a Jetstar service were allowed to leave the aircraft and exit the airport without being health screened for coronavirus.

It is understood JQ520 pulled into its airport gate last night and no approval was received from NSW Health staff – who were screening another Virgin Australia flight that landed at the same time – before the passengers began to move through the airport.

Of the 137 passengers, 48 were not able to be found by health authorities in the airport.

9News understands current COVID-19 protocol requires NSW Health staff to approve the release of passengers on planes by contacting onboard crew members before they can leave, so that screening can go ahead. 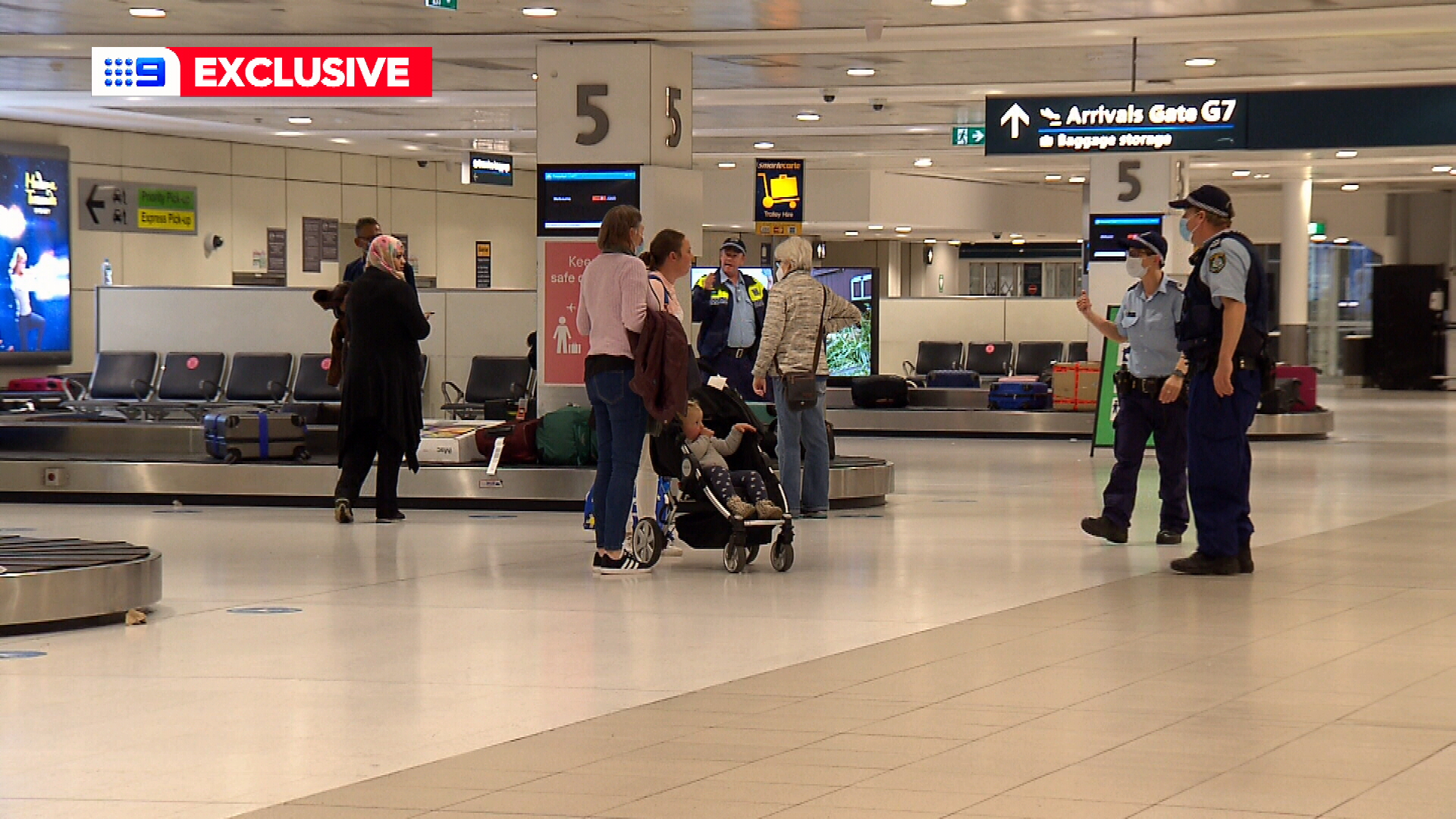 « There was an issue at the airport where passengers were disembarked where the health screening team were screening another airline , » NSW Chief Health Officer Dr Kerry Chant told reporters today.

« The airport have now put in protocols to ensure that the health teams are there and able to do the screening and no ones allowed to disembark before that happens.

« All of those individuals are known – obviously you get tickets when you get on a plane – we are in the process of chasing them up.

« If anyone’s travelled in breach of any orders, we’ll refer them to police and take the appropriate action depending on whether anyone is symptomatic to ensure that the community is protected. «

The new protocol put in place ensures planes do not approach airport gates without NSW Health approval, 9News has been told.

« We assisted by locating passengers in the terminal who had disembarked without being screened and provided the aircraft manifest to the department to assist them in contacting passengers, » a Jetstar spokesperson told 9News.

« Together with Sydney Airport, we have refined our disembarkation procedures to prevent this situation occurring again. »

Vision from the terminal last night shows NSW Police officers hurriedly trying to herd passengers back to the screening areas.

9News has been told all 48 of the passengers who were able to leave Sydney Airport have been contacted by NSW Health staff through the night and have been told to self-isolate.

Three of the 38 have been referred to NSW Police, including one person who refused to be health screened.

It is also understood that the passengers were required to take temperature tests and ID checks conducted by Victoria Health authorities before leaving the state.

« As per agreed protocols, all passengers on board Jetstar flight JQ520 were screened in advance of leaving Victoria, » a NSW Health statement said.

« Airline staff, contrary to agreed protocols, allowed passengers to leave the gate area before the health staff had concluded screening a prior flight.

« As a result of this breach, flights will now not be allowed to land in NSW until NSW Health teams are in place to screen them.

« Health staff, airport staff and NSW Police acted quickly to bring the passengers back to the gate to be screened.

The airport breach occurred just hours before the NSW border was shut to all travellers coming north from Victoria without an approved exemption permit.

Anyone who does not have the necessary documentation will be unable to cross, however 9News understands for the next 72 hours the process will be discretionary for those who do not have a permit but need to cross the border for urgent reasons.

Hundreds of police officers and army troops have now sealed the state line between NSW and Victoria for first time in more than century.

More than 500 NSW police and 350 ADF personnel have been deployed across 55 crossings covering a 1000km stretch of border.

Medicare administrator: It’s time to get back to non-Covid health care – KTEN